I was a little girl those days. We lived in a village near Nagarkovil, in the extreme south of Tamil Nadu. My father worked as a supervisor in the rice mill in Nagarkovil. He was a good man, but a rather strict father with stern features. I do not remember having seen him laugh or joke in the home, as far as I can remember. The slightest infraction in discipline invited application of the dreaded cane. He was a figure of authority, more respected and feared than loved.

Mother stayed at home and took care of us. She was a house wife. She was a sweet woman and my favourite at that age. She would make my favourite coconut burfi during festivals and my birthday. Father’s income must have been meagre, for we hardly ever visited the thatched theatre to watch movies. Father must have been an austere man; he would use the same set of clothes and sandals till they were no longer fit to be used. Same rule applied to mother.

She had a day full of domestic labour and I am sure she slept light, as I remember whenever I woke up in the night for water or to visit the bathroom, she would be up too. I always slept in her arms, and she would pat me to sleep. I knew no fears while she was around. I hardly ever remember her beating me, I doubt if she ever did.

I went to the local government school. Leela was my best friend. She was 2 years older than I was and lived in one of the houses in our street. We used to play paandi and pallaankuzhi in the evenings and holidays. I always wished I had the long luscious shiny straight black hair like she did. I had curly hair and it was short. Every morning her mother would spend half an hour to oil her hair and plait it into a braid.

I and Leela would go to the Isakki Amman temple every day, on our way home, from School. It was no big temple. Just a small shrine under a Banyan tree with an idol of Isakki Amman installed. On Fridays and Tuesdays a Poojaari with a big moustache and pot belly would come and do Poojas and give us lemon fruit as prasadham. We once made lemon juice from the fruits to drink, and got scolded by our parents.

We had heard that Isakki was a girl like us a long time ago and that her father married another lady after the death of her mother. The second wife of her father – Chithi – was a cruel lady who beat Isakki for everything and did not feed her properly. One day, she saw Isakki giving water to a thirsty cowherd boy and talking to him. She made up a story that there was an affair between them and spread the same in the town. The whole town abused Isakki and the poor Isakki hung herself. From then on, she is believed to haunt the banyan tree and they built a temple for her. She was believed to be a powerful goddess and we all believed she would make us pass in the exams and protect us by preventing maths miss from beating us when we scored low.

The unending labour at home and the rice-husk-ash from the husk-stove took its toll on my mother’s health. She fell ill and remained ill for 4 months. I do not know what father felt about it, but I could not see any grief in him. But he did not scold mother like before, when she could not do all the chores in time.

My mother, towards the end of her life, was closer to me than ever. She would talk to me about my future and the dreams she had about me, many nights, as father was in office, doing over-time, to meet mother’s medical expenses. She wanted me to study well, and become a doctor so that I could help people.

One night, she had severe coughs, and the cough syrup we had had little effect. Father was in office and I was afraid. I asked her if I should run and bring father so that we could go to hospital. She said that was of no use. She asked for some warm water and held me close to her bosom and asked me to study well and take care of my father. She said he was a very good man who loved both of us. She said the God she prayed to will be with me and protect me always, when she is not with me. I asked her if she was going anywhere. She looked into my eyes, kissed me and gave a wry smile… She said she was going to see her mother. She blessed me again and we slept. Her eyes were moist and I remember that expression on her face like today. I slept with my arms around her neck. She sung her favourite lullaby softly and patted me to sleep. I do not know when I dozed off.

Next morning, she did not respond to my calls – she was no more. I had never seen father shed a tear, till that day. It did not matter to me then, the only person who loved me was carried away and burnt. All I had of my mother were her saree and her ashes in a little copper urn.

Father’s mother – my grandmother came to live with us, after my mother’s death. A term later, my grandmother told me that I would have a new mother. A chithi. She told me that my father should not be alone, raising a young girl and that I must have a mother.

Leela was more terrified of the prospect than was I. She chided me “You foolish girl, did you agree to your father’s marriage?” as if my permission was sought.

I said “What do you think I should do?”…

She did not answer my question but asked me to be careful – “I don’t know. But be prepared to get more beatings if your chithi comes. We know from movies and stories, how chithies are”.

And to top it all, when we went to Isakki’s temple, she reminded me of Isakki’s history and how she died. Now I was terrified. Leela had to tell me a way out.

She said “Atleast pray to Isakki that your chithi should not have Children”. And I prayed like that every day for 2 years.

So, the wedding happened we had a good feast, and a well-dressed and decorated chithi came home, much against my muffled wishes.

My initial resentment towards her was twofold – I could not brook anyone taking my mother’s place in the home, and I was also afraid that she will be cruel. It did not help that she did not make my favourite coconut burfis like my mother.

My father was his usual self. One night when chithi had gone to visit her brother’s new baby, I saw him holding my mother’s photo on his chest when sleeping. I silently cried.

But as I grew up, things changed. I could see a bit beyond the veil of my prejudices. Chithi was not what I expected. I did not know her age, but she must have been younger than my mother. I inferred that as I grew up, because many strangers we met used to ask if I was her younger sister.

Chithi never beat me or scolded as I expected. This was a peculiar lady, to me. How could a chithi be good? I even thought if she had some silent evil plan! Three years rolled by. We got along well, but nothing special was there between us.

One day, I broke the wall-lamp while pouring oil and my grandmother was livid – “You broke the 20 year old lamp! A girl child with such carelessness….” – My chithi intervened and prevented her from beating me.

When I became a ‘big-girl’ in 9th standard, chithi prepared black ulundhu (urad dal) halwa and also my favourite coconut burfi. I started liking her when she presented a photo of my mother, newly framed, after the function. I thought I could be her friend. We began to be friendlier, gradually. It helped that Leela’s father got a transfer and they moved to Madurai.

One day, when I was in 10th standard, my father saw me talking to my class mate Ravi, in the street corner. I was asking him to give me his maths notes, as he was very good at maths. Once I came home, Father gave me a tight slap and unleashed a long sermon about how good girls had to behave. Grandmother said if I studied any more, I would run away with a boy surely. Chithi intervened and bore their ire, arguing strongly for me and took my father to task for not trusting his own daughter. And the dust settled. I had started to like her. She taught me Trigonometry. I did not know she was good at Maths and had a BSc in maths!

I passed 10th with distinction and a 100 in Maths, and I passed 12th with 3 200s – one each in Maths, Physics and Biology. Chithi was happy and proud. My father and chithi wanted me to join BSc maths like Chithi, but I wanted to do medicine. I told chithi what I had never told anyone – I wanted to do medicine because of what my mother had told me on her last day. She won the argument with father, speaking for me, and also made sure father agreed to let me stay in Hostel, in Nagarkovil.

She was happy every year, as I came out with great marks. And when I had the degree, and thanked her for her support, she asked me to thank my mother for inspiring me.

For the second time in my life, I had to see someone in my family on their last legs. My grandmother was on her death bed now. While I was about to enter the room as I returned from hospital, I heard grandmother speak, and I waited outside for some strange reason. She lamented to my father “The first one gave a girl and this one is barren. I could not see a grandson before I die”.

My father could not control his outburst. Despite protests from chithi, he said “Amma, please….. do not be so heartless to call her barren. On the very day I married her, she told me ‘Your daughter is my daughter, I do not want a child myself’, you will not go to a good heaven if you call her a barren lady”……….

And, the rest is history. We are the best of friends now. I went on to become a gynaecologist. I am married to another doctor, a neurosurgeon from Tuticorin. And my chithi with father visits me once a month. We have a great time together, on the beach and shopping together. Father is retired and gets his pension but I and my husband send money to father. Chithi wanted to do MSc in maths, and I supported her case to father. She finished her MSc in Maths recently and is doing her MPhil.

Six years have passed by since that day my veil of prejudice and resentment died with my grandmother and my chithi placed in my heart’s pedestal alongside my mother.  I still visit the Isakki temple. I hold my daughter who bears my mother’s name. I pray to Isakki that I get another daughter, so I could name her after my chithi………. Of course, chithi just told me in the temple that she’d rather have a boy named after father! That’s my chithi for you!

All characters in this story are fictional. 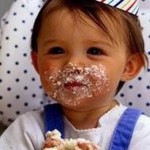 Why does the Touch-Me-Not plant (Mimosa pudica) closes its leaves when touched?