Khushwant Singh’s biggest attribute is that he speaks what he feels. He is honest to the extent that he offends even his friends and icons revered by people. He brought history to our doorsteps.

“As an adjective, ‘narrative’ means ‘characterized by or relating to storytelling’. Thus, a narrative technique is the method of telling stories and narrative poetry is the class of poems (including ballads, epics, and verse romances) that tell stories, as distinct from dramatic and lyric poetry”. (Narrative: A Critical Linguistic Introduction, p.41)

The narrative is a telling of some true or fictitious event or connected sequence of events, recounted by a narrator to narrate, although there may be more than one of each. A narrative will consist of a set of events (the story) recounted in a process of narration or discourse, in which the events are selected and arranged in particular order (the plot). The category of narratives includes both the shortest accounts of events and the longest historical or biographical works, diaries, travelogues, as well as novels, ballads, epics, short stories, and other fictional forms. Literally speaking, the narrative is a story and it can be conveyed through pictures, songs, poetry, speech, fiction, non–fiction as well. Narrative discourse is vastly an aesthetic enterprise. It is a binding vine of the narrative. A narrator detains the past, holds present and prepares the reader for the future. There has been much exaggeration in the narrative techniques since 1938 when Raja Rao’s ‘Kanthapura’ is published. It is perhaps the first most successful and influential novel by an Indian writer in English. 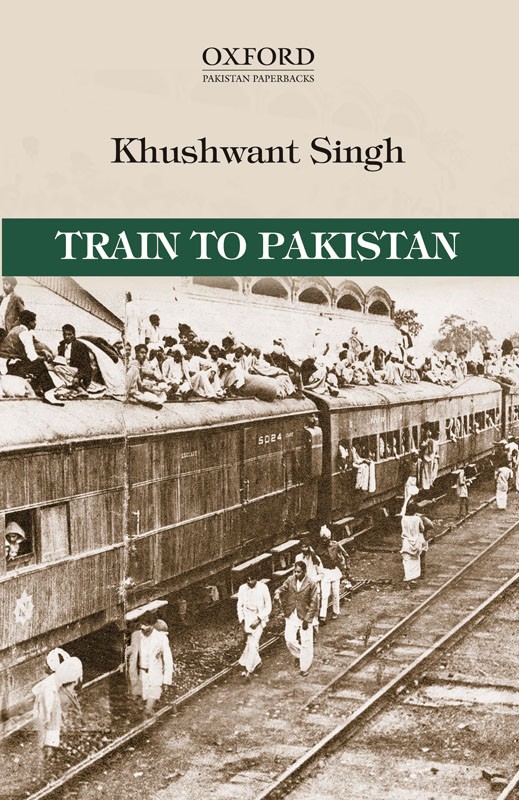 Train to Pakistan has a fine blending of growth in space and movement in time. The novel grows out of a chronological sequence of time with a synthesis of reality and value. It expresses creatively as to how the movement of trains, which used to set a tone of the village, signaling time for action, rest and sleep, became a symbol of despair, darkness, and destruction. This technique of contrast is very suggestive. The novelist has recreated imaginatively the likes of Hukum Chand, the commissioner, reformist, Iqbal, criminals Juggat Singh and Malli gang, still visible in the Indian society. In moneylender Ram Lal’s murder case Jugga and Iqbal are put behind the bars, while the real culprit Malli is released after arrest. Is such a drama not enacted even today? Also, the lodging together of Jugga, the criminal, and Iqbal, the reformist, gives a peep into the police way of functioning then and even today.

In his realistic depiction of the prevailing atmosphere of hatred and violence and distrust between the Hindus and the Muslims, Khushwant Singh narrative spares neither:

“Mullahs roamed Punjab and the Frontier
Province with boxes of human skulls said to be
those of Muslims killed in Bihar” (Train to Pakistan, p.9)

The Position of the Society

The novelist has described three levels of Governmental strata. Commenting on this, V.A., Shahane in his book, Khushwant Singh, says:

“Three levels of Governmental strata are depicted.
Hukum Chand belongs to the upper level of the
Punjab district administration; the sub-inspector of
police comes from the middle level; constables
belong to the lower level of this hierarchical,
administrative structure. Hukum Chand is a type as
well as an individual, a person as well as a
bureaucrat, and, in various ways, an evolving
character.” (Khushwant Singh, p.80)

Khushwant Singh has beautifully portrayed the man’s multidimensional mind, especially in the case of Jugga, the criminal, in love with Nooran, the Muslim Mullah’s daughter. Jugga visits the Gurudwara and asks for the Guru’s blessings to prepare himself for the final sacrifice which he does make. This is also true in the case of Hukum Chand whose mind flies to Haseena, the dancing girl, heading for Pakistan with a hope that she would be safe. This ambivalence of mind has exquisitely been brought out by Singh in the novel. Shahane comments on the character of Juggat Singh and says:

“One finds a “rare combination of the criminal and
the lover, which is a baffling aspect of the realities
and complexities of life. He embodies the
ambivalence of moral values.” (Khushwant Singh, p.80)

There were reports of Pakistani police helping and protecting Muslims who were attacking and killing Hindus. The atrocities inflicted on Hindus in Lahore have been described by the novelist through a police constable who reports:

“…It was the Muslim police taking the side which made
the difference in the riots. Hindu boys of Lahore
would have given the Muslims a hell if it had not
been for their police. They did a lot of ZULUM…
their army is like that, too, Baluch soldiers have
been shooting people whenever they were sure there
was no chance of running into Sikh or Gurkha
troops.” (Train to Pakistan, p.59)

The novelist had maintained a balance in condemning atrocities on both sides. As a realist in his factual depiction of the violent scenes, he narrates the story of four Sikh Sardars on a killing spree in a jeep alongside the column of mile-long Muslim refugees on foot.

“…without warning they opened fire with their sten guns, God alone knows how many they killed… .” (Train to Pakistan, p.61)

In a rare narrative technique, the novelist has depicted forces of division and unity, hate and love, anger and affection, revenge and sacrifice alternating in the novel. Shahane commenting on this aspect says:

“Train to Pakistan presents rural Punjab with its
religious and caste divisions, which result in
alienation, alternating with forces of the union, which
result in amity. Hate alternates with love; anger
alternates with affection; the desire for revenge
alternates with the impulse to sacrifice” (Khushwant Singh, p.78)

Singh in this novel has also artistically explored the mind of the Sikh priest Meet Singh and the reformist Iqbal, who discuss the urgent need for stopping the communities on the Indian side from taking retaliatory actions by blowing the train heading for Pakistan with Muslim refugees from Mano Majra on the railway overbridge mid-river. Meet Singh is helpless and so is the reformist Iqbal as the voice of sanity had been stilled and drowned in the communal frenzy, provoked and ignited by arrival and disposal of trainloads of the slain bodies from across the borders. Both Meet Singh and Iqbal in the given situation find themselves incapable of any positive action and also find themselves out of place.

Singh mixes Hindi words in his narration to reinforce the impact of his narrative. He has made typical usages bordering on bad English. Urdu-Hindi words such as Salaam, Kalyug, Kos, Nar Admi, Annas, Karmat etc. On the strength of the above, it may be said that in his narration of the story, Singh had followed humanistic and realistic tradition in the Indo-English Literature.

Khushwant Singh proves his own identity through his writings. He created most of the characters in his novel were real people when he met. His novels reveal about a lot of social problems during the partition of India-Pakistan. Singh emphasizes his narrative ability to the readers. The study of Singh’s novels has been a highly fascinated Endeavour resulted in making not a good man know really on endearing man to know.

“Train to Pakistan” is the most well-known classic novel of the Indian author and journalist Khushwant Singh. This novel is a faithful record of how human disaster has taken place during the gruesome period of Indian partition in 1947.

Khushwant Singh states, “I think it is a documentary novel of the partition, an extremely tragic event which hurt me very much. I had no animosity against either the Muslims or the Pakistanis, but I felt that I should do something to express that point of view.” (V. A. Shahane 352)

As far as the author of this research article is concerned, she brought the main characters and important events of this novel into our attention lucidly. Some significant passages of the novel are highlighted in this article, which gives a realistic feeling of reading the original novel directly. These are appreciable aspects of this analysis.

However, the narrative discourse and the narrative technique sections, keep repeating the same information over and over again which bring down the interest of reading this article. To improve this research article, unwanted repetitions should be avoided, grammar and typos should be checked as well.

A Blind Alley Ahead?